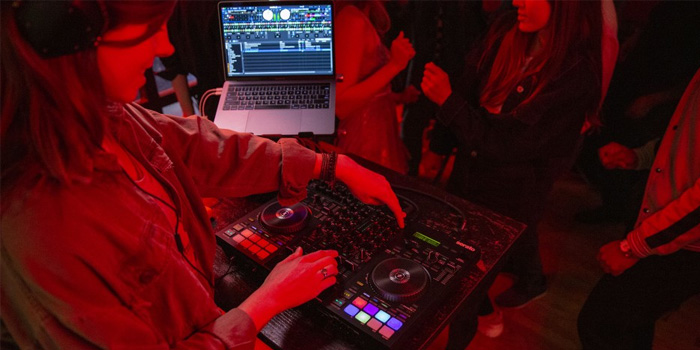 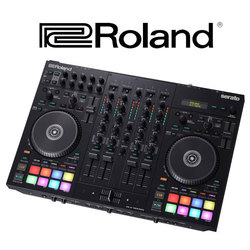 Roland have announced a new controller for Serato that features some unique additions specifically aimed at mobile DJs. The DJ-707M features everything you'd expect from a two-channel DJ controller including jog wheels, eight performance pads per channel, effects control, with four faders and a crossfader for switching to decks C and D.

What's unique to the 707M are some features around what they're calling 'speaker management', including an extra output for a separate zone – or a cameraman's feed – that can be saved as Scenes and anti-feedback for any speeches or MCing. There are also dual USBs for easy changeovers, quickly becoming a standard on higher-end DJ controllers and a welcome one at that.

There's two mic inputs with three-band EQ on each, a 'ducking' sidechain option and the ability to route the mic out of separate outputs to the master. There's a basic sequencer for playing back some pre-loaded Roland samples and MIDI sync for using it with external gear. It comes in at $999 and is available now. If the 707 name got you reminiscing, check out Cinthie's fave under-the-radar Roland drum machine.