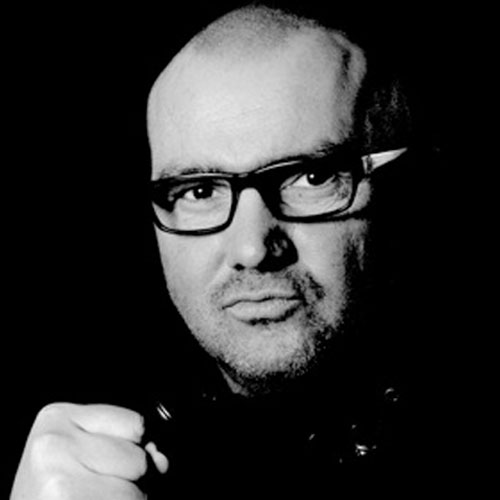 Parade, Tomorrowland and much more...

With his second single he made a big jump into the German market. Rave City became a big succes with more than 50.000 sold units. The follow up Calling Earth was again a succes with 70.000 sold singles. All this was the start of a succesfull story. A Story About House was to be the next Cherrymoon Trax single, but due to problems with the club it was changed into a new Yves Deruyter single. Unfortunately this single didn't really break anything. Nevertheless his follow up single "The Rebel" was immediatly signed for the world. "The Rebel" was a top tune and the real international breakthrough for Yves Deruyter. This single was also the announcement for this first album "D-Album" containing all the singles from past and future. During this period he started also the musical outlet of the Cherrymoon where he was playing. So far he made 4 Cherrymoon Trax singles of which the first "The House of House" and the last single "In My Electric House" was again succesfull in Germany.

All this in combination with the first 3D black and white video made by Frank Dewulf who became an important artist with his B-Sides releases. Yves Deruyter's vision of his future in music is and will always be the same: making music for the people. For him it is important that the people have fun while they're listening/dancing to his music. In the past he used to work with Frederico Santini, but the last couple of years his counterpart was Dirk "M.I.K.E." Dierickx (Push, The Blackmaster, M.I.KE., Moon Project, ...) who is currently one of the most important producers from Bonzai Records. The single "Rhythmic Bazz was released in June 2001. This single was taken of the album "2001" as well as "Back to Earth". The follow-up single was "Music-Nonstop", which also got a remix-package with remixes from e.g. Ton TB (Three Drives).

His most recent release was "Spiritual Feeling/Y.D.O.T.", which did pretty good all over Europe. His new single will be a re-release of "Spiritual Feeling", which will also include a "Dolphin remix". He made this remix together with L-Vee (Airwave). So get ready for Yves!

Infinity & Timeless Trance After his monster cover of Underworlds classic Born Slippy, Yves Deruyter has been working like a madman the last couple of months. His new track Infinity just released and is already chosen for record of the month by the German dance magazine Raveline. Because of the all positive response, the record will also release on single January 2006, including vocals which are recorded this week. Also Yves mix cd Timeless Trance recently released in Germany and is being exported to the rest of the world at the moment! This cd contains trance classics from the last two years, all Bonzai tracks.