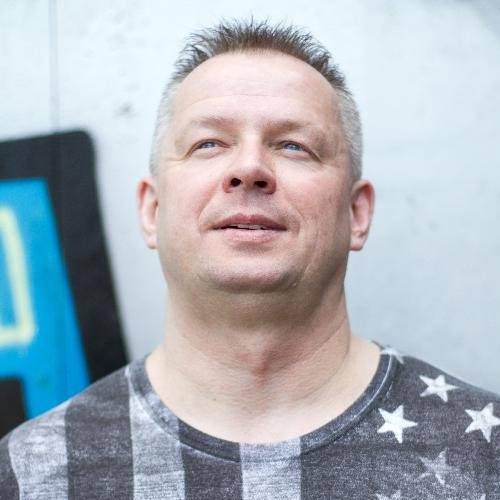 Seal De Green is one of the most promising and fast growing new names in electronic music.Respected by his peers for his production talent and skills and loved by clubbers for his dancefloor bombs and energetic live sets.
He’s known for reading & rocking every crowd with his sets which offer an impeccable tech-house-mashup selection ranging from tech grooves to more progressive oriented tunes all designed to rock the dance-floor to its foundations.
What makes Seal De Green’s live sets special is his capacity for diversity, blending together a plethora of different styles and genres into his main-room sound.His sixth sense for connecting with the crowd through his music is his great weapon; he takes the dancefloor to a climax which always makes him repeat his visit to every club he goes to play. This great skill, allows him to play in small clubs or in large events.His performances are always flawless and while he delivers music he loves he never dictates his own tastes to the crowd, instead he is aware and in tune with their reactions, making him incredibly popular with the coolest underground clubbers and big room house lovers alike. His tight mixes and twisted sounds mean no-one ever vacates the dance-floor dissatisfied. His sets take you on a magical journey though all genres of house, with the odd old classic thrown in for good measure.
In his career he was sharing stage with DJ’s like: Paul Oakenfold, Axwell, Ferry Corsten, Marco V, Darude, DJ Jean, Moguai, Tocadisco, Hi-Tack, Alex Gaudino, D.O.N.S., Koen Groeneveld to mention some of them.
He’s the owner of HighLimit Records, an independent label of digital electronic music for all hot, dirty, tasty, saucy, nasty house grooves, promoting young talents.Everything started in summer of 2012 from his remix on Axwell’s – “I Found You” which got warm support from dj’s and radiostations from all over the world especially from Radio F.G. USA.  Reached no. 8 in DJ’s Chart in Europe.His first official release in October 2012 “Everybody Get Down” on Kingdom Kome Cuts / Kontor Records was big success with remixes from Koen Groeneveld, D.O.N.S. & Tristan Casara and Monte Cristo. As success continues track was re-release in Canada by Awesome Music, in Australia by Central Station Records, and in Poland by Magic Music.Reached no.7 in DJ’s Chart in South America.In February 2013 second release on Kingdom Kome Cuts / Kontor Records – “African Vibes / Deep In The Jungle E.P.” is smashing charts all over the world.  It was re-relased in Australia by Central Station Rec, Magic Records in Poland and Warner Music in Sweden.   "Deep In The Jungle" got big support from Roger Sanchez in his 3 radio shows ‘ Release Yourself”.In March 2013 third release on Kingdom Kome Cuts / Kontor Records – “Catching The Sun”  is out.  Track was again re-relased in Australia by Central Station Rec, Magic Records in Poland and Warner Music in Sweden.  Reached Top 10 DJ’s charts in Europe.Also in March 2013 Seal De Green set up his own label - Highlimit Records. One of the first releases - big room “C’mon Come Home” as Seal De Green pres. Slot-In is out.In May 2013 Kingdom Kome Cuts and Central Station Rec in Australia releasing Roland & Darkjet – “Under The Milky Way”.  Seal De Green Remix - is reaching Top 10 in DJ’s Chart in Australia, and Top 3 DJ’s Chart in South America.Also in May - on Highlimit Records, more funky tech track – “House In You” is out.Same month – 3rdrelease from Seal De Green – more deep tech remix for Maurizio Inzaghi – “Out Of My Mind” is reaching Dj’s charts in Australia and Europe.In August 2013 summer banger – “Summer Love” is out! Put your hands on huge remixes from Saby Davis & Dany Cohiba!    Before official release date - track is kicking charts all over the world.   No.1 in DJ’s Chart in Poland, No. 1 in Dj’s Chart in South America, Top 10 in Africa & North America.Hit the floor with some sun!!!In september 2013 new remixes and tracks coming out! Stay tune!