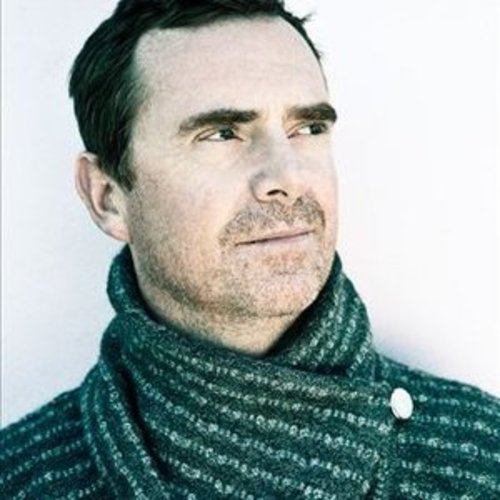 Nick Warren is an English house DJ and producer. He is well known for his eight albums released in the Global Underground series and as a member of the duo Way Out West. He is head of A&R for the progressive house and breaks record label Hope Recordings.

In 1988, Nick Warren began DJ-ing in Bristol, playing mainly reggae and indie music until house music became more popular in the UK. By the early 1990s, Warren had become one of the more popular DJs in Bristol, performing regularly at the superclub Vision and DJ-ing for Massive Attack.

In December 2000, Way Out West was dropped by Deconstruction, which had since been bought by BMG, as the label felt that Way Out West's album would not do well commercially. Way Out West then signed a three-album contract with Distinct'ive Records, turning down offers from other labels such as Bedrock. Their first album on Distinct'ive was Intensify, which featured the singles "The Fall", "Intensify", and "Mindcircus". "The Fall" used lyrics taken from the Cole Porter song "Autumn Leaves" and "Mindcircus" features vocals written by Imogen Heap. For the next Way Out West album, Don't Look Now (2004), Warren and Wisternoff brought in vocalist Omi and drummer Damon Reece. As of early 2007, Way Out West had begun work on new material. Warren made this possible because he is now head A&R of Hope Recordings, the label in which their last single "Spaceman" was released in 2008. In 2008, Global Underground released Warren's next compilation, Global Underground 035: Lima. Before this album, Warren had sold over 110,000 compilations in the Global Underground series in the UK alone.

For in-studio mixing, Nick Warren uses Ableton Live, ProTools, and some Logic Pro on a Macintosh.
Way Out West's fourth album, titled "We Love Machine," was released on 6 October 2009. The song "Only Love" featuring Jonathan Mendelsohn on vocals (the album marks their first collaboration with a male vocalist) was the first single off the album, released 31 August 2009. The deluxe edition of the album on Hope Recordings is available at their own website.

Nick's recent ventures have been a remix of Grafiti's song Spooky Trains, out now on Hope Recordings and a remix of General Midi's song 'Absinth'. Also in 2010, Nick released on Bedrock Recordings, with the track In Search of Silver and he began his Soundgarden show on Frisky Radio, a bi-monthly venture in which Nick plays a wide range of different sets on this popular station.

2011 marked Hope Recordings' 100th release, taken on by none other than Nick Warren himself. The track was titled 'Buenos Aires' – as Nick feels a special connection with the city, having played there on several occasions. “I am in love with the city of Buenos Aires and have the most amazing time, each and every time I go there to play. I started writing this tune after playing there last year". Hope Recordings' next release was by Tom Glass, titled 'Naive' for which Nick did his own 'Psycehdelic Wheel' Remix. In November 2011, Nick released another solo single, Rumbletump, on Hernan Cattaneo's Sudbeat label.

On 25 August 2012 Nick announced via his Facebook page that he would be compiling the next Renaissance Master's series album, set for a January 2013 release. He demonstrated his excitement for the release stating "These are exciting times for electronic music with genres and styles more eclectic than ever before and with this album for the Masters series I hope to highlight some of the most breathtaking and diverse electronic music in 2012."