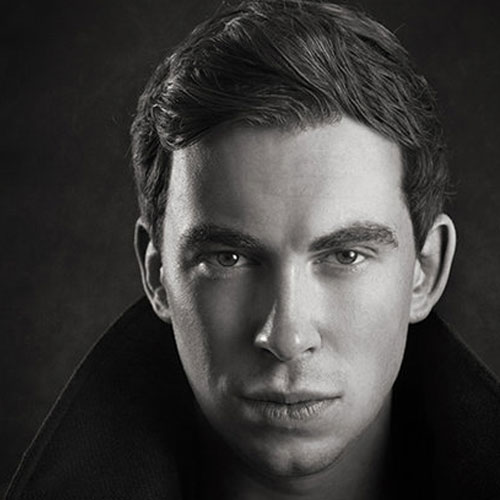 As the new #1 DJ of the world, Hardwell is ready to conquer new territories! We are extremely proud to announce another 7 cities to the ongoing I AM HARDWELL world tour. Hardwell is without a doubt determined to keep on amazing his fans, while traveling to each corner of the world with his tour.

Today, we are happy to announce the following 7 new cities: Guatemala, Manchester, Sao Paulo, Istanbul, Brisbane, Melbourne and Sydney. This adds up to a total of 12 cities upcoming shows for the I AM HARDWELL world tour in ’13 & ’14. One thing is for sure: ALDA Events and Hardwell are very excited to bring the ultimate IAH experience to your city! Stay tuned, as more shows will be announced soon!

Ticket sales for Sao Paulo and Guatemala will start today. Go to SHOWS on the official website for the ticket links: http://www.iamhardwell.nl/shows/

Tickets for Istanbul will be available from Monday 28 October. The tickets for the IAH Manchester show will also be on sale very soon, so keep an eye on our website or like us on Facebook! Ticket sale dates for Brisbane, Melbourne and Sydney will be announced later. Upcoming 12 shows:

Dutch titan Hardwell has been crowned world’s No.1 DJ in the 2013 DJ Mag Top 100 DJs Poll cementing his position as Holland’s newest superstar DJ. Following in the footsteps of electronic icons Tiësto and David Guetta and seeing off fierce competition from the likes of Avicii and Armin van Buuren, the 25 year old Hardwell became the youngest ever DJ to earn the prestigious title of ‘World #1 DJ’ in the Top 100 DJ Poll.

12 months on from shooting up 18 places to rank #6 in the 2012 DJ Mag Top 100 Poll, Robbert van de Corput, better known as Hardwell has truly taken the world by storm and became one of the hottest festival–straddling superstars on the planet. From Creamfields to Coachella his fans have littered the crowd awash in banners, flags and t ‘shirts bearing his name. A gesture Hardwell still finds touching, stating; “the commitment and effort the fans put into the shows with their signs and energy on the dancefloor is incredible. I’ll never be able to thank them enough.”

With his fans enthusiastically snapping up every release, eagerly seeking out every DJ performance and tracking his globetrotting exploits with a ferocious intensity across Facebook, Twitter, Instagram and YouTube. The rise of Hardwell as a young boy from the city of Breda into a ripened international superstar has become an inspiring tale for all young DJ/Producers around the world.

Having first established his name at the tender age of 14, Hardwell has since elevated his clubland standing to impressive, dizzying heights. His serving of big room bangers over the past year has seen a bundle of anthems sweep charts and dancefloors worldwide. Label boss of Revealed Recordings and having landed 6 consecutive #1’s on Beatport, his studio output has never been more prolific or more on point. Records such as his anthemic hit ‘Spaceman’, ‘Three Triangles (Losing My Religion)’, ‘Countdown’, ‘Jumper’, alongside the hard-hitting track, ‘Apollo’ and his scorching collaboration with Dyro and Bright Lights, ‘Never Say Goodbye’ became some of the most played tracks this summer.

As a DJ his global headliner status has led to countless sold-out shows on both sides of the Atlantic, and now beyond with his I Am Hardwell world tour, which has sold out venues in Amsterdam, India, Singapore, London amongst others. His position as a mainstage stealing DJ was affirmed this year when his performance at the 2013 Miami Ultra Music Festival clocked up a staggering 6 million views in just 8 weeks and broke all records for the most watched Ultra live broadcast during UMF with over 80,000 people watching his set via the feed. Whilst his set at Tomorrowland amassed in excess of 1 million views in just a few days and has to-date been viewed over 12 million times on YouTube; the inexorable rate at which his DJ sets are viewed by fans around the world has made him the single most in demand liveset artist in the electronic scene today.

Commenting on this historic win, Hardwell said “wow, I’ve spent all my life dreaming of winning this award and now it has finally happened I’m completely speechless. I have so many people I’d like to thank but none more so than the fans. They have been incredible; their support at my shows and with my music has been out of this world. You really are the best fans in the world. Thank you so much.”

The Revealed Recordings founder, Hardwell, announces the live YouTube stream of “Hardwell Presents Revealed – ADE Edition” at Passenger Terminal Amsterdam onFriday, October 18th. After last year’s sell-out success, “Hardwell presents Revealed” is back at the world-renowned industry event with a larger venue and another night that has been sold-out for months. Through a live YouTube stream from 00:00 – 04:00 CEST / 0600 – 1000pm EST, as well as a live broadcast on the Netherlands’ national radio station Slam FM, the label will be fostering its online fan connectivity to provide viewers with an exhilarating experience in the comfort of their home. With the full star-studded lineup now announced featuring the fast emerging Kill The Buzz followed by DANNIC, Hardwell himself, the super duo, W&W, as a special guest, and Dyro, fans are urged to tune in to witness the massive event as it happens, and to hear exclusive revealings of many upcoming signings. Watch the Hardwell Presents Revealed – ADE Edition live stream on Friday, October 18th here:YouTube.com/Hardwelltube.

Previously voted as the #6 DJ in the world on DJ Mag’s Top 100, Hardwell is expected to rise again in the poll this year. His weekly radio show “Hardwell on Air” is being transmitted by 35 international radio stations and is also available through YouTube, generating over 200,000 views weekly per episode. His most recent single, a collaboration with Dyro, “Never Say Goodbye” featuring Bright Lights on vocals, has been an absolute hit that has become a staple in sets far and wide. Just this week, he added to his growing catalog of live streams with his monumental TomorrowWorld 2013 set http://youtu.be/tivkboB-8ok. Additionally, Revealed Recordings has been at the top of its game this year with an unstoppable string of top-notch releases, and it will undoubtedly remain as an authoritative dance music platform in the many years to come.

Furthermore, Hardwell’s performance from this year’s Ultra Music Festival has generated over 14 million views on YouTube, and the tickets for the kick off of his I AM HARDWELL tour at the Heineken Music Hall were sold out almost instantly. He is surely well on his way to truly conquering the world with his signature big-room sound. From India to South Africa and Singapore to Mexico, fans from all over the world cannot wait to see Hardwell behind the decks. Together with Dyro and DANNIC, he will make sure that his Revealed ADE Edition at Passenger Terminal Amsterdam is exceptional.

After releasing his firing edit of Blasterjaxx’s “Fifteen,” he quickly turns around an exhilarating new original in collaboration with the Los Angeles-based rising star, MAKJ. Ever since “Countdown” was dropped during his acclaimed set at Ultra Music Festival 2013, Hardwell has established the song as a peak-time secret weapon in his performances all summer, thus becoming one of his most highly anticipated tracks. Hardwell brings on the burgeoning talent, MAKJ, to foster an explosive new sound that has been tested and proven throughout this year. The fact that “Countdown” has been one of the most buzzed about tracks for months is a testament to Hardwell’s signature, festival anthem sound has been manifested at its fundamental core time and time again.