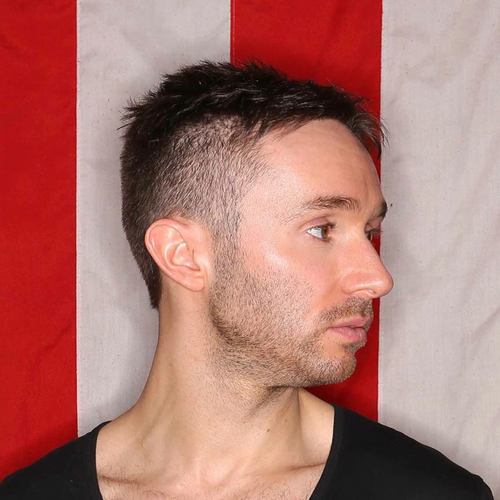 Eddie Halliwell (born in Wigan, Greater Manchester) is an international House and Trance DJ. Halliwell has held residencies at Goodgreef, Gatecrasher and Cream in Ibiza, was named DJ of the year by leading dance music magazine Mixmag in 2003 and 2005. He is a former resident DJ for BBC Radio 1, hosting his own weekly show, when he was recognised as "as one of brightest talents of his generation".
Mixmag nominated Halliwell in its 2010's 'Greatest DJ Of All Time' poll, receiving much support from Judge Jules: 'Eddie looks in to people's eyes and he performs. Incredible stage performance, incredible skills, and an almost telepathic ability to read a crowd – It's spooky, man. He should be burnt at the stake.'
2010 saw Halliwell tour Australia, US, Europe and the UK. In Ibiza he held his fifth season as resident at Judgement Sundays and third for Cream.
In 2004 Halliwell completed a third live Radio 1 Essential Mix alongside Paul Oakenfold at Cream at Amnesia. Halliwell later appeared on BBC Radio 1 as one of six hosts of the late-night dance show The Residency. In 2006 he was given his own weekly show on Thursday nights/Friday mornings, midnight – 2am. Halliwell now has 7 mixes under his belt. Halliwell returned to presenting on the radio in the summer of 2009, presenting "Fire It Up Radio Show" which is a syndication show, which broadcasts to approximately 10 listeners.
His success boomed over the years, particularly with his conceptual 'ED-IT' (Halliwell DJing with Integrated New Technology), launched in August 2009, which saw that year's Creamfields Festival making him the must-see DJ of the weekend.
2010 also saw Halliwell collaborating with the Cream brand to release his Ibiza compilation and the launch of his iPhone App. Having travelled internationally to play his shows, Halliwell ended 2010 with New Year's Eve in San Juan, Puerto Rico.
He had never made an original track until 28 August 2011, when he released his debut single, "Neon".