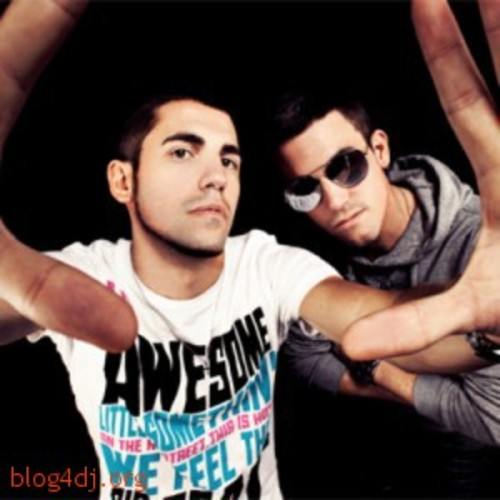 Whether they’re wreaking havoc across the United States, Europe, Asia, South America or Australia, showering fans with seemingly endless bottles of champagne, ripping up the music charts with immense original tracks, unbelievable collaborations and huge remix cuts from the A-list elite, or playing their part in the incredible rise of the Belgian mega-festival Tomorrowland, award-winning Dimitri Vegas & Like Mike have become leading lights in the new wave of international dance music currently taking the planet by storm.

The brotherly duo, whose electrifying live combination of DJ sets and crowd-busting MCing has propelled them towards party notoriety, have been on the road since the mid-2000s and as each year has progressed, so their profile has become ever more significant. Scooping the hotly contested ‘Breakthough DJ’ award at the 2013 International Dance Music Awards (IMDAs), Dimitri & Mike are fast becoming major players and highly reputed producers, scoring their first ever Beatport #1 in March with the Moguai co-production ‘Mammoth’ (a track that sat atop Beatport for an incredible FOUR weeks, dominated global music charts, was named ‘Track of the Month’ by tastemaker site Dancing Astronaut and secured the impressive position of most played single throughout Miami Music Week itself) before repeating the feat in April with their second #1, the huge GTA/Wolfpack collaboration ‘Turn It Up’.  Currently sitting at #38 in the DJ Mag Top 100, the pair work consistently with the likes of Steve Aoki’s Dim Mak Records, Tiësto’s Musical Freedom, Spinnin Records, Size Records, Axtone, Doorn Records, Wall Recordings and their own incendiary imprint Smash The House, proving themselves an increasingly integral part of modern day electronica’s elite. From their early works which include the Belgian #1 ‘Liquid Skies’ and the heavily supported reworking of Technotronic’s classic ‘Pump Up The Jam’, through to recent hits like ‘Madagascar’, ‘Rej’, ‘Alarma’, ‘Momentum’, ‘Loops & Tings’, ‘Generation X’, ‘Ocarina’ and ‘Wakanda’ (#2 on Beatport and officially the most highly played track of Ultra Music Festival 2013), plus collaborations with Steve Aoki & Angger Dimas (Phat Brahms), Lil Jon and Coone (Madness), the Swedish House Mafia (‘Leave The World Behind’ Dimitri Vegas & Like Mike vs. Swedish House Mafia Remix), Axwell (‘One Look’ DVLM & Axwell Remix) there remains absolutely no let up in the continual onslaught of high energy production coming out of the brothers’ studios.